Home » Articles » A Dinner Party at Horror House. A cyberpunk one shot adventure.

A Dinner Party at Horror House. A cyberpunk one shot adventure.

An invite to dinner and promise of a job turns into a party of horror hosted by a killer socialite.

This one-page adventure offers you the framework to the story, but it is up to you as the GM to flesh out the characters, fill in the world, and react to the crazy things your players will inevitably think up. In order to make your playthrough easier, read through the adventure ahead of starting.

Skill Checks – For each skill listed below, determine what skill in your game system best represents each one to use.

Each skill is listed with a difficulty rating of Low, Average, or Hard. Determine what those values are for your system based off the description below.

Easy – Most players with any skill will almost always succeed.

Below is a list of items, characters, or locations that you will need to create or pull from your game system of choice.

The team receives a job offer to infiltrate a suburban recluse’s mansion and steal a data bank from his safe during a masquerade party. Once dinner is served, the party takes a dark turn and cyber zombies are released throughout the house. The house owner himself sends out missions to steal from him to draw people to his home so that he can kill them and harvest their body parts.

Stuck in the trapped death box, the team must find a way to turn off the security systems to be able to escape with their lives.

The team is approached through a trusted job broker about an easy gig that is paying more for discretion than skills. If the team doesn’t already know a broker, you they can also find the job through a deep web posting or a job board at a local bar.

The night of the party, the home is bustling with guests and staff, all of which are wearing masks. After being greeted at the door, the team is escorted to the back of the house for a few minutes of mingling and drinking with the other guests before Pistroch calls everyone into the dining room.

Part way through the dinner an usher whispers into Pistroch’s ear before the doctor excuses himself and leaves the dinner. Once the main course has been brought out, the power to the house is turned off.

Pistroch’s voice is projected from hidden speakers throughout the house as he makes an announcement. “I have learned that some of my guests seek to steal from my home, but now you must play my game! You all have been hired to take from my safe, but first you should listen to what I say!”

“It is waiting for you in the house, but the rules your follow are these. Leaving will surely lead to your death, and beware of my children who no longer draw breath. Find your way to me and you will find the key.”

The kitchen staff is no longer in the room. After a few minutes of small talk, the other guests will get up and begin to search around the first floor of the house.

The first person who leaves the dining hall is attacked by one of the servers. With abnormal strength and cybernetic hands, the staff member attempts to strangle one of the guests. 1x Cyber Zombie (Dressed as an usher)

After the players and guests dispatch the zombie, Keystroke attempts to flee from the house by running out the back door where he is killed by automatic turrets that rise from the grounds.

Pistroch’s home is a large four story mansion filled with cyber zombies that manage, clean, and throughout the property. The doctor has moved to his lab in the secret basement of the home while monitoring the party guests and waiting for them to be killed by the zombies. Any attempt to flee the home will result in turrets attacking the player for Moderate Damage each round.

If you are looking for a complete package that is ready to play, the multi-floor map and room breakdown can be purchased here.

The walls and fence that surround the property are also charged with electricity which can be spotted by an [Observation Hard] success. Any player that attempts to climb or break through the locked fence or stone walls will suffer [Electric Damage High] and be stunned for 1 round while the turrets continue to attack.

If at any point in time during the adventure the team is directionless or has stopped exploring the home, have a couple of cyber zombies attack or Pistroch make another announcement to push them in the right direction. Killing  the handful of other guests through out the home, in different traps or by other zombies can help elevate the tension during this phase of the adventure.

Once the power is cut, all of the doors and windows on first floor shut and lock. A [Strength Average] success breaks any of the doors or windows. Once one is broken, the turrets hidden among the grounds outside will fire at the location for 2 rounds.

All of the windows on the second floor are breakable per the same rules as the first floor. In addition to the turrets attacking, anyone who jumps from the second floor will take [Falling Minimal] damage without some ability to prevent the impact.

All of the windows on the second floor are breakable per the same rules as the first floor. In addition to the turrets attacking, anyone who jumps from the second floor will take [Falling Moderate] damage without some ability to prevent the impact.

After walking down three flights of stairs, the players exit into the dark basement. All of the walls and floors are made of a heavy stone, and there are no windows or doors.

Any loud noises or combat will draw the attention of all of the characters in each area of the basement. Pistroch hovers above the only occupied recuperation chamber along the wall. He is examining a patient that has had both of their arms removed that now rests in one of the chambers.

If the players fail any skill tests in the basement, the result will be alerting Pistroch to their presence. He may also notice them once they move passed the furnace hallway unless they succeed a [Stealth Hard] check. Once the doctor is alerted to one of the players, he yells for the zombies near the furnace to attack the team while he begins to run away toward the gyro-copter pad.

Once Pistroch has either been killed, captured, or has fled on a gyro-copter, the team will be able to more easily explore the home.

Assuming he didn’t get away, the team can use his hand to access the safe along with the two-factor device and the keycard they were given.

Should the team decide to sell the body parts that have been boxed up in the freezer, there are a total of 6x cases each worth the same value as a small job fee on the black market.

Looking to keep the story rolling? Here are some ideas for future hooks or places the story could continue naturally. 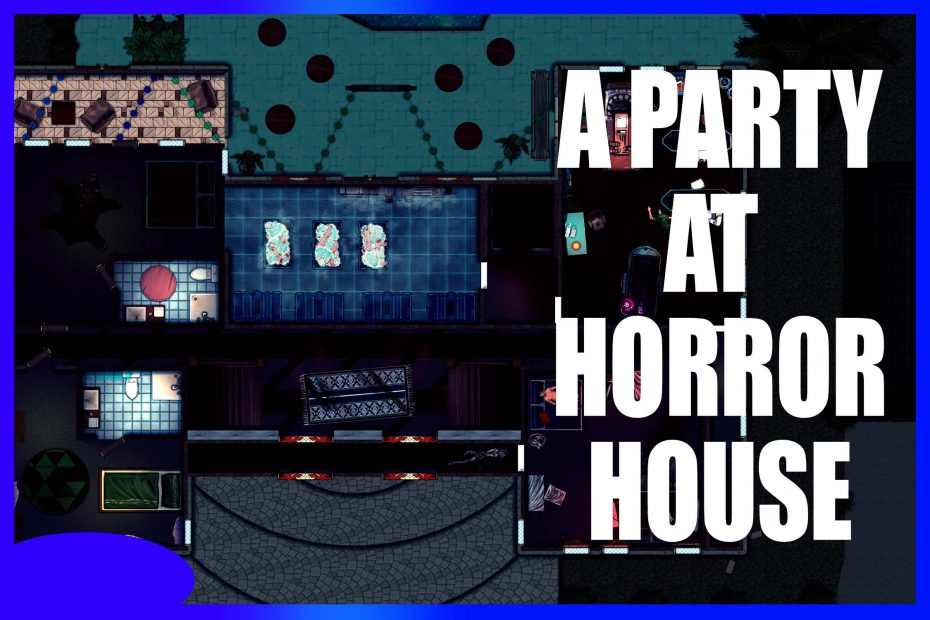