Home » Articles » Two cyberpunk adventures for your next TTRPG session.

Two cyberpunk adventures for your next TTRPG session.

Getting ready to run your next cyberpunk themed table-top session?  Working to plan out a few ideas for your upcoming campaign? Below are a couple of cyberpunk adventures for you to use, or at least to give you a little inspiration while you’re planning. If you want to jump into the ideas we have worked up, skip down to the other sections, but if you are looking to plan your own adventures, then here are a few tips that have helped me in the past.

A quick formula that I try to use for each adventure is at least one interesting location, one flavorful NPC, and one twist or unexpected roadblock. If you combine each of these items you will have the major outline of a fun mission, which is ultimately the metric of success. With these three building blocks you should have the opportunity to create everything from interesting roleplaying opportunities to grand combats.

When starting your planning, think of an activity that would happen during a normal day, filter it through a cyberpunk lens, and up the intensity by a couple of factors. Shopping for a new pair of sneakers, being bothered by a sales call, or having to go to the doctor turn into something entirely different in the world of cyberpunk. Creating an adventure around activities that the players can relate too from their weekly lives can add to their ability to immerse themselves into the events and make the game even more fun!

Make sure that you are thinking of the setting while planning your session. The scenery and background of a cyberpunk world can be as impactful, useful, and entertaining as you want to make it. Since it is such a large topic, we have written a whole separate post on how to use your setting to create interesting stories and adventures here!

Delving into a lost digital dungeon, a science fiction twist on an RPG classic.

Few venture out into the world outside of the bright lights of the metropolis and the ravaged lands are so vast that rumors will always rise about the hidden caches and treasures that remain undisturbed in the world. The story of the unending dungeon is one such rumor that seems to rise from the ashes every so often.

The dungeon can be as simple or complicated of an adventure as you need it to be and can slide into any ongoing story or even be used as a piece of another adventure you’re crafting. Hooking the players can be as mysterious as dropping hints of the digital dungeon across multiple games before giving them a location, or it can be as direct as having a new to the street fixer offer them the score of a lifetime.

Once the players are good and interested, it’s time to find transportation into the wastes. If you are looking to make the mission more difficult or a longer burn you can make it so that the team has to find the actual location or the individual who knows the whereabouts first. Either way, finding transportation shouldn’t be as easy as grabbing a cab to somewhere in the city. Play up the type of individual who would be willing to take the crew out, or better yet, lay some ominous groundwork for the location by having the first individual the team approaches refuse the offer.

For the rest of the crew, a set of ill timed bandits show up just as the hacker is getting into the heart of the virtual labyrinth. If your story is planned so that the dungeon is a digital honey pot to trap zealous runners, then have the dungeon trigger a group of raiders to appear from the ground or from over a nearby hill to kill the team while their runner is trapped in the digital world. No matter what brought the team out to the remote systems, be sure to involve the rest of the team and use the encounter to pinch the hacker for time to up the tension!

With destination and transportation secured, the crew arrives in the middle of nowhere with only a single well secured data port protruding from the ground. While the dungeon is the driving force of adventure, why the hidden data banks are there is the real prize. Has it been there since before the catastrophe? Is it a test to prove your hacking skills? Is there a database of next gen weapons inside? Or is it just a crazy hacker in a bunker deep underground who enjoys the brief moments of outside interaction when a fly gets caught in his trap? Choose a reason that will work into your story or lead into the next adventure.

The dungeon itself should be something worthy of the trip. Have a physical leader board that people have created next to the port with scrawl marks on it to show who has dug the deepest into the digital playground. Have a couple of long decayed bodies still strapped into their hacking rigs lying around the area. Once your team gets down to business and starts to access the dungeon, make the encounter as long or short as needed, but make the encounter memorable.

Have a few never before seen programs running around the system. If you are playing with a more experienced team, find a way to make it so that some of the advantages are leveled out. The system itself runs on an outdated software package that the runner’s newer applications aren’t compatible with so they have to go in without half of their programs.

Once the team finds the last locked door or final password, the reward can be digital, or tangible. The system could be an intricate lock into an underground hi-tech storage facility for rare plant seeds, or the computer systems could be the remnants of a secure data facility giving the team plenty of deadly secrets about one of the oldest mega-corps in town. Whatever you decide to place at the end of the dungeon, it is a great opportunity to setup your next cyberpunk adventure with a good hook.

Death from an artificial salesman, a cyberpunk tale.

What’s worse than getting call after call to update your vehicle warranty? Getting constantly called by a machine learning AI that grows more efficient after each attempt to sell you murder insurance.

The latest in salesbot technology, the SPX20K is a high energy over the top aggressive sales machine. Don’t take no for an answer when you can pitch another product. Don’t let the target hang up on you when you can access their speaker device. In addition to being highly motivated to make the sale, the bot should continue to up the ante as time passes. Start with a call, send a robo-cab to pick them up and take them to a pitch meeting, have the SPX20K send a drone to continue the sale ruining a gig, and finally have the bot hire a hit squad to try and kill the crew to show them just how important it is to have murder insurance.

An introduction to the SPX20K should be quick and easy. Have the salesbot repeatedly call one of the individuals and when they stop picking up, call the rest of the party one after another. Work the party into a captive location like a hundred floor elevator ride, the back of a speeding auto-cab or a waiting room for a false mission and then have the SPX20K spring from a holo-ad and pitch the crew the platinum package to protect their mortal frames from the body bank.

“Give your loved ones something to mourn instead of just another body-fodder plaque after because you had to be sold for parts to pay for the burial. Guarantee your last big score is a success, even if you die with a bonus hazard payout for on the gig accidents!”

A good way to work through the rest of the adventure would be to give them a simple direct mission from a known contact that the team can work while the robot works through it’s pitches. Send the team on a courier mission where the job is finally as easy as it was billed, but then have the sales-bot working to interrupt them at every turn.

While the crew heads out to collect a package, the SPX20K will lock them on the bus so that they have to watch the advertisements. Once the group realizes he won’t stop, they will have to find a way to escape. When they are meeting their contact to pick up the package, have the sales-bot take over a android bartender or vending drone following them around and constantly interrupting their meeting.

On the way to the drop off, have the team’s electronics constantly on the fritz. The SPX20K will change the maps and digital directions to lead the crew to the salesbot headquarters where it is waiting to make the sales pitch in person. As the team makes it to the final destination, the salesbot has learned that the team needs to have a reason to buy murder insurance so naturally it sends a hit squad after the team while playing advertisements on all the boards and video screens showing a special sale. Don’t wait, act now. It may be your last chance! 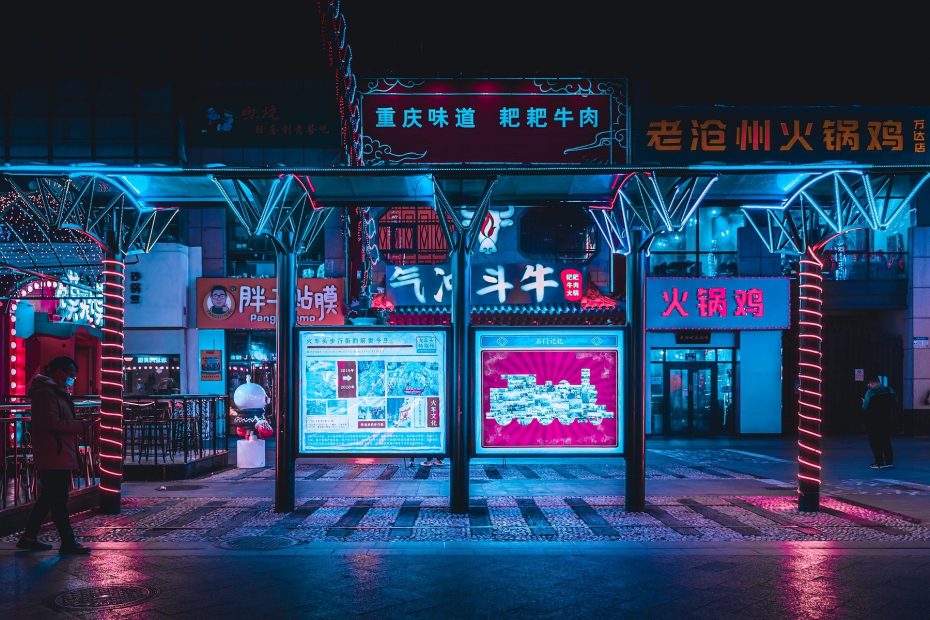