What happens when a weapons manufacturer offers free samples?

A weapons manufacturer is looking to start marketing its latest release, and they have hired you to demo the inventory on the street. Welcome to being just another line on the Solus ARMS marketing plan.

One page adventures are designed as quick and easy frameworks to get your game master chemicals churning. Providing just enough information to give you the inspiration and direction you need while not requiring you to read a long adventure book, or spend hours learning NPCs or locations. Because the adventure requires very little preparation and almost no commitment, it is easy to throw out guilt free if your players do that player thing where they decide to do something entirely different. If you are the type of GM who loves to improv, fly by the seat of your pants, and prepare thirty minutes before the game, gab a one page adventure and let the dice roll!

This one page adventure offers you the framework to the story, but it is up to you as the GM to flesh out the characters, fill in the world, and react to the crazy things your players will inevitably think up.

In order to make your playthrough easier, read through the adventure ahead of starting.

Below is a list of items, characters, or NPCs that you will need to pull from your game system of choice. Each item is listed as a universal suggestion and you should adjust pull the closest fit from your game. The items will be color coded to where they will appear in the one shot for easy drop in.

These option items will not hinder your game if you don’t have them ready, but can be interchanged to make the one shot better fit into an already existing world that you have created. Listed next to each item is the one page reference you can replace to align with your story.

Solus ARMS, a small time weapons manufacturer is looking to make a big move up the industry with the release of its latest FANG line. While the weapons are nothing new and nothing special, a climb the ladder no matter what young exec was recently placed in charge of the advertising department.

Edrigo Stigs has developed a cutting edge advertisement campaign at a fraction of the cost of any of the big advertising funds. Reaching out to a couple of local fixers, he is looking to hire a team to unknowingly start a gang war.

The advertising campaign is to kill two local gangs who are pledged to, and under the protection of, two much larger gangs. Once the job is done, Edrigo will take the footage provided by the teams and release video that frames the other large gangs for the hits. Once the bullets start flying, it’s as easy as flooding the black market with Solus FANG weapons and watching the profits rack up.

You can choose to let the players know that Edrigo’s plan is to start a gang war or not. Leaving out the end goal and just having the players seek to eliminate the two gangs can make for fun roleplaying events or later consequences when the two gangs that backed the 9-ZED-6’s and 3rd Ward Wraiths get involved.

Through a friendly fixer or broker, the team is offered a job (average pay) to take out two small time local gangs. The team will need to eliminate the gangs using the provided Solus FANG arms that Edrigo provided, and will need to have the event recorded so that it can be played across the net archives. Finally, the crew will need to leave some sales material of Solus ARMS so that others will know what weapons were used during the assaults.

The first hit takes place outside of the Fractured Lungs, a small punk rock concert venue. Because the gang is also a band who plays at the bar, the team could take a shot at them during the show. This would give the crew the element of surprise, but the crowd could be unpredictable. If the band is hot that night, the patrons may be pissed that they got robbed of a good show. If the 9-ZED-6’s aren’t up to snuff however, the same crowd might be happy to be rid of the shit show.

After the show, the 6′s can be found out in the small back alley storing their gear into a van, smoking e-rits and knocking back their gig pay in beer.

The Wraiths hang out at a dive bar known as the Scything Grounds located in the industrial part of the city. There is no sign for the bar, but the door handle is a curved scythe blade embedded into the heavy synthetic material. Inside the bar is a handful of Wraiths and a couple of industrial synth-crop farmers. The bar consists of a few stools, one broken table, a row of beaten up slot machines along the wall and a couple booths where the Wraiths sit.

The gang will leave one member out front of the bar at all times to watch their motorcycles. If anything happens to their bikes, the rest of the Wraiths will rush out ready to crack skulls. Looking around the area the team can discover a large, slow moving, tractor being stored in a nearby garage that is strong enough to run over and destroy the motorcycles or even tear a hole in one of the walls of the bar. 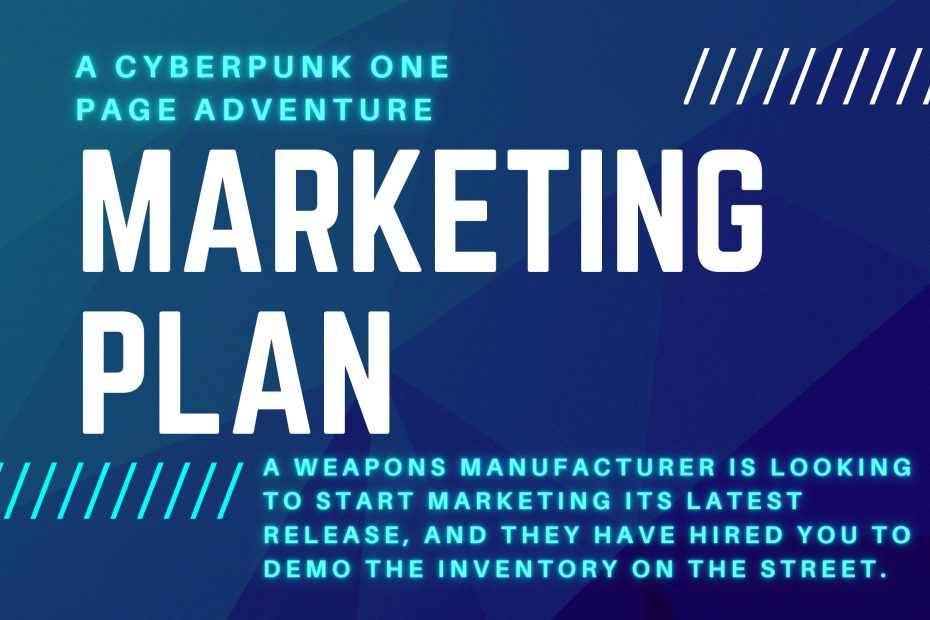